Passionate about the arts, Doctor Who and Eurovision, Ant is mixed-race Asian (his father is from Mauritius) and white British, and grew up in Somerset.  Diagnosed with HIV in 2007, he is a former BBC journalist, an HIV activist and public health student.

He describes himself as being ‘unashamedly undetectable’, was a trustee of THT between 2013 and 2017, and continues to volunteer as a peer mentor at Positively UK, a London-based HIV charity, and writes occasional articles for FS magazine from the gay men’s health charity GMFA.

With a background in broadcast journalism, including five years at the BBC, Ant has used his media skills to raise awareness about HIV and has been interviewed on numerous occasions for national channels and publications about his experiences of living with the virus, including ITV News, Sky News, 5 News, BBC Three and Radio 2. He was also invited to speak at the European Parliament in Brussels in 2014.

As a member of the UK-CAB HIV treatment advocates’ network and of the British HIV Association (BHIVA), Ant is passionate about reducing HIV stigma and believes that a key message of empowerment for HIV-positive people is #UequalsU – the hashtag spawned to spread the word that having an undetectable viral load makes an HIV-positive person uninfectious, which is reflected in THT’s Can’t Pass It On campaign and a recent video series from GMFA entitled The Undetectables.

Ant was featured as one of a number of people openly living with HIV in the BBC’s 2018 documentary about the battle for PrEP [pre-exposure prophylaxis] to be made available, The People vs The NHS: Who Gets the Drugs?

What does your identity mean to you?

I am unique and am greater than the sum of my parts: I am so much more than a collection of my background and my experiences. I should not have to hide any part of my identity. 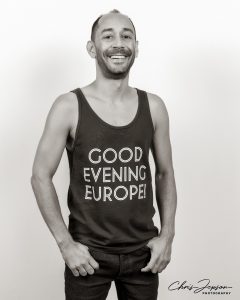 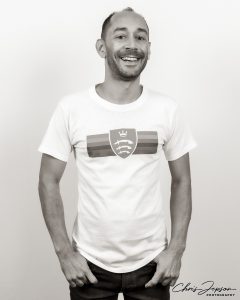